We use cookies to provide best web experience for our users. By continuing to browse this site, you agree to this use. Read more from our Privacy Policy Accept

Contributors:
See all
Edit on GitHub 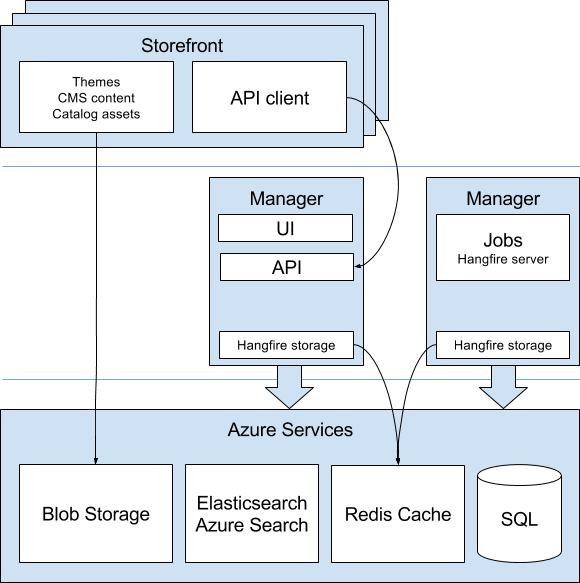 The storefront application is separated from the manager application.

Storefront can be scaled to multiple instances.

Each storefront instance has its own local cache and a shared Redis cache, which besides synchronization can reduce the cold start time.

The manager application is split into two web apps: first one provides API and UI and second one runs background jobs.

Redis cache is used as Hangfire storage and as a distributed cache for multiple storefront instances.